Tomorrow, Saturday December 15 around 9pm EST we pick the winner for the Van Winkle 12 Year LIVE on Facebook. If you don't do Facebook, I'll post the video on pursuitofpappy.com around shortly after the winner is announced.

You can learn more here. Or buy more chances here.

The Pappy Raffle/Lotteries/Auctions Page (Keeps you in the know about Statewide, Store-Specific or other opportunities to locate a bottle of Pappy.)

The Pappy Events Page  (Makes you aware of Tasting Events, Whiskey Festivals, etc. that offer and opportunity to taste some Pappy Van Winkle.)

Also, the Pappy List is now categorized by State. (Bars and restaurants do run out so it's always a good idea to call and ask if that's the only reason you're going.)

Understanding the cult of Pappy Van Winkle, and where to find some in St. Louis

The Van Winkle phenomenon began in the 1990s, when Julian Van Winkle, the grandson of Pappy, began blending the 20- and 23-year-old whiskeys, which, up to that point, most consumers considered too oaky for their liking.

I'll begin by saying I've only tried one Pappy Van Winkle whiskey, and it was the Van Winkle 12 year. That said, I've always been fascinated with the cult-like following this whiskey has. My first taste came on my 48th birthday, and I paid for a 1.5 oz, and I'm not going to lie, it was fantastic and well worth the price.

But, what is with the obsession many have with Pappy?

After a bit of research, I found the best-detailed account comes from whiskey author Fred Minnick, in his book Bourbon: The Rise, Fall, and Rebirth of an American Whiskey. Minnick writes that the Van Winkle phenomenon began in the 1990s, when Julian Van Winkle, the grandson of Pappy, began blending the 20- and 23-year-old whiskeys, which, up to that point, most consumers considered too oaky for their liking.

“Julian kind of entered the space—he’d been in the business for a long time—and he’s getting barrels from his family’s old distillery at Stitzel-Weller and bottling them,” wrote Minnick. “He has this kind of savant palate where he can taste one barrel and know that it would really complement another barrel when he mingles them together for a batch. He had this incredible talent to put something out at 20 and 23 years old that was not saturated in oak—something that the market hadn’t seen before.”

In 2002, the Van Winkles partnered with Buffalo Trace Distillery—and the brand really started to heat up. By 2005, the demand is really there,” says Minnick. “People know about [Pappy]. Around 2008, for one bottle there are 50 to 100 people who want it. In 2012, you have such demand that these guys have to do lotteries and now people are camping out.

It is estimated that less than 10,000 barrels are released each year.

In 2018, the love for Pappy's is as strong as ever, prompting many area bars and restaurants to work hard to acquire what they can. And when they do, it usually doesn't last very long.

Each year, Whisky Advocate Buying Guide reviewers collectively sample hundreds of whiskies. These include rare and extremely limited releases, as well as new and emerging labels that will find their way to shelves across the nation. To determine our Top 20, we begin by looking only at whiskies that rated "outstanding" (90 points or higher on Whisky Advocate's 100-point scale). However, the Top 20 is not simply a collection of our highest-rated whiskies, because many of those are so limited they would be impossible for most readers to locate or purchase. Therefore, in addition to quality (based on score), our selection also prioritizes value (based on price) and availability.

An important step in gauging the true merit of these whiskies is blind tasting review by a panel of international reviewers. The review panel tasted the eligible whiskies in a series of blind tasting flights to arrive at the final list. The panel did not know the identity of the whiskies being tasted—not their producer, country of origin, age, nor price. The average rating from the blind tasting panel supersedes the original Buying Guide rating. The individual reviewer rating will remain noted in the Buying Guide for the record. The final decision for placement considers average score, price, and availability.

Our Top 20 is a selection of whiskies worthy of your attention. The list includes great values that might otherwise be overlooked, whiskies that are best in class for their style, and highly accomplished bottles you should be looking for. Most importantly, each of these whiskies generates excitement and marks a highlight across a year of tasting.

Six Rare and Extravagant Whiskeys to Gift This Holiday Season

Most of us will get a thoughtful gift or two under the tree whether we’ve been naughty or nice. But what if a bourbon lover on your list has been, like, really, really nice this year? Maybe this is the time to go over the top with an incredibly rare whiskey.

No need for gift wrap on most of these bottles; with handmade wooden boxes, crystal decanters, or sets including a Glencairn, the packaging for these pricey pours is a gift in and of itself.

Enjoy (and forward to relatives) this list of some of the rarest, oldest, and most special whiskeys of 2018.

James “Buddy” Thompson knows a little bit about patience – he waited 45 years aging this rare whiskey. Distilled at Yellowstone Distillery in 1972, the oldest bourbon ever bottledwas released this March during The Bourbon Classic. Only 250 bottles of this 115 proof bourbon made it to the public, with a price tag of $1,800. This one is a gift you can feel good about: 90% of the proceeds went to a veteran’s charity, and 10% went to the Frazier Museum.

Old Carter Whiskey Co. has had quite the debut year, with five different uncut, unfiltered releases of bourbon, whiskey, or rye in 2018. The oldest  (and rarest) of these releases is Very Old Carter 27 Year American Whiskey, which will hit shelves in Kentucky only this month. These special bottles come nestled in a handmade wooden box branded with the Old Carter logo. Three separate single barrel releases (of varied barrel proof) totaling less than 150 bottles will be made available to the public at $500 each.

The Last Drop Distillers travel around the world finding rare, forgotten whisk(e)y barrels to share with their fans, and for the first time ever, they’ve selected a bourbon. The Last Drop Distillers (owned by parent company Sazerac) brings us this 18-year single barrel bourbon distilled in 1982 at Buffalo Trace. If you can find one of just 44 bottles of The Last Drop 1982 Bourbon in existence (25 of which will make it to the American market), it will come with a hefty $4,000 price tag.

This gorgeous bottling was worth the wait: this batch of Michter’s 20-Year is their first in over two years. Michter’s has exacting standards for their limited releases, waiting for the perfect moment in the aging process rather than rushing to get bourbon on the shelf. This 20-year release was bottled at 114.2 proof, and while we don’t know the exact number of bottles available in this release, we do know that taking one home to put under your tree will cost you around $700. Happy holidays, indeed.

Buffalo Trace’s O.F.C. line pays homage to the Old Fashioned Copper Distillery, founded in 1870 on the very same spot as the current Buffalo Trace distillery. While a previous edition of O.F.C. was earmarked for donations to nonprofits, 822 bottles of this 25-year release distilled in 1993 will make it to the public. This 90 proof bourbon comes packaged in a beautiful crystal and copper decanter, with a $2,500 price tag.

Heaven Hill fans know that the distillery suffered heavy damage from a fire in 1996, and “pre-fire” barrels like these are considered very special. Less than 3000 bottles of this 27-Year old barrel proof bourbon were released this Fall, from a small batch of just 41 barrels distilled between 1989 and 1990. This 94.7 proof (yes, that’s low for a barrel proof) bottling comes packaged in an intricate wooden box on a silk pillow for around $400. 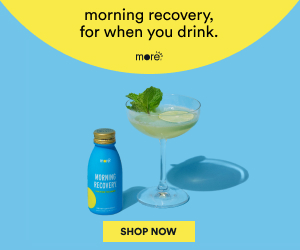